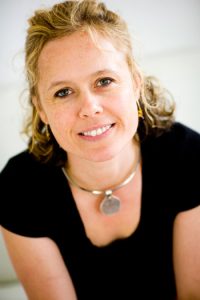 Nicole Bijlsma is a woman of passion, and her passion lies in environmental medicine.

She first became interested in building biology as a result of two events that occurred in her life: the first was when she began to notice the connection between many of her patients’ ill health and their homes. The second was her infertility problem.

The cause of her ten miscarriages was eventually identified as an immune disorder (which was diagnosed by a US reproductive immunologist) which she now suspects arose from long term exposure to a high electromagnetic field. Once these issues were addressed, she successfully gave birth to her children.

Nicole is an accomplished naturopath, acupuncturist and building biologist who has been in clinical practice since 1989. She is the founder of the Australian College of Environmental Studies which was established in 1999 to educate people about the health hazards in the built environment. The college provides nationally accredited training in Building Biology.

Nicole is the author of the best seller Healthy Home, Healthy Family. She has been featured on every major Australian television network and conducted dozens of radio interviews. Nicole lectures and writes widely about the built environment and the way in which it influences our health.

You can connect with Nicole at http://www.buildingbiology.com.au/ or on Facebook.

The comments to this entry are closed.

What People Are Saying